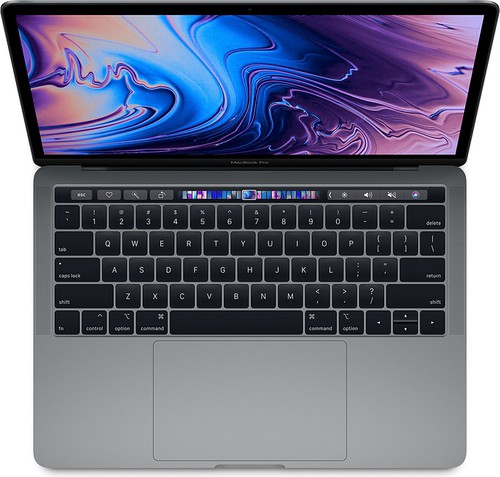 The new MacBook Pro therefore hits a sweet spot that we’ve rarely seen from an Apple laptop. It’s powerful enough to match the performance of similarly configured $3,000 Windows machines on the types of tasks that its owners will likely care about, while remaining a standard-bearer in terms of design, portability, and battery life. This is the best MacBook Pro yet, and it’s one of the best large laptops you can buy—period.

The true realization of Apple’s ultra-thin, ultra-powerful professional-grade notebook has finally arrived, elevated to greatness by the maturation of USB-C, the fixing of a flawed keyboard, and the polish of an increasingly versatile macOS platform.

While this latest generation of the MacBook Pro might seem understated, it’s a more significant upgrade than last year’s, when Apple just added some aging CPUs. These new models are more powerful than ever – though, if that’s your main concern, you should probably lean toward the 15-inch model.

But it’s also clear that Apple has been falling a bit behind the competition, which has been offering the same CPUs and better graphics for months. It’s clear that these machines are meant to appease Apple’s fans, not win over new ones.

The 2018 MacBook Pro 15-inch laptop delivers the serious computing muscle that power users and creative pros crave – but everyone else should wait for the rest of the line to be updated.

This computer has all the benefits and trade-offs of previous MacBook Pros. The screen is beautiful, but it doesn’t go as edge-to-edge as you can get with a lot of Windows laptops these days. There are four Thunderbolt 3 / USB-C ports (even on the smaller 13-inch version), which means you can’t escape dongles, and you can’t have a power cord that magnetically attaches. (Don’t trip on the power cable.) It’s still incredibly well-built and feels like it’s carved from a single piece of aluminum.

After testing the 13-inch 2018 MacBook Pro for a week, I am reminded that, yes, Apple is the originator of the “premium” laptop, and it still has a couple of tricks up its sleeves to keep that status.

Overall, I thoroughly enjoyed the experience with the MacBook Pro and understand why they dominate every coffee shop I go to. But there is one major caveat: these things are expensive.

The MacBook Pro 2018 15-inch is a powerful pro notebook with a fantastic design. However, in its bid to appeal to the mass market, it might turn off some professionals.

It used to be that when you bought a MacBook Pro, you got the best hardware around, along with the best operating system. Increasingly, these MacBooks feel like they beat up on the Mac faithful for favoring that ecosystem. It’s an exercise in maddening compromises: with the 2018 Pro, you’ll get the fastest-ever mobile Intel chips, but that silicon is saddled to a laptop with a keyboard that’s just not great. You’ll finally get the option to get 32 GB of RAM, but you’ll have to carry a gaggle of dongles everywhere you go. You’ll get a gorgeous display, but it’s not true 4K.

The 2018 MacBook Pro 13-inch is super fast and the keyboard is improved, but the battery life could be better.

Should you buy it? No, at least not at the configuration we reviewed. The MacBook Pro 13 with Touch Bar is not a bad laptop. On the contrary, it’s quite good. But the $1,800 price tag demands more than just good.